← Return to all Sculptures

This sculpture pays homage to the earliest female sculptures known to mankind the prehistoric carved female deities such as the Venus of Lespugue and the Venus of Willendorf. Historians cannot be sure but think it likely that there was a time where early man honoured mother earth and the divine feminine, a time long before the male iconography was worshipped.

Joanna studied the prehistoric original deities and made replicas of them trying to understand the forms chosen by early man to depict women. Joanna then wanted to create a female deity of her own that would take into account some of the shapes and lines found in the originals.

Joanna wanted her earth mother to look like she perhaps could contain the earth itself in her belly.

Who knows maybe the original prehistoric sculptors of the female deities may have been female them selves. 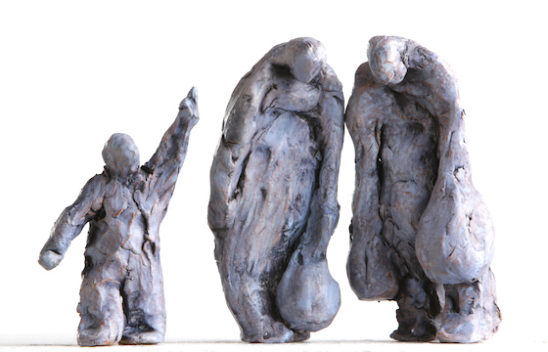